Why is the World Trade Organization (WTO) in crisis? This week the institution’s dispute settlement mechanism became dysfunctional, as the WTO’s Appellate Body is now insufficiently staffed to review cases. 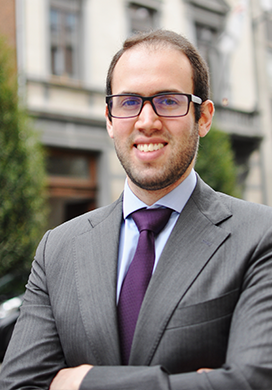 This is largely due to the United States’ (US) refusal to approve new judges to be appointed. But this is only the symptom, not the root cause of the WTO’s crisis – the institution is falling prey to a phenomenon well-known to international relations scholars, which is the changing distribution of power in the international system.

US skepticism of the WTO did not start under Trump. The Obama administration also blocked the appointment of judges for the Appellate Body. Washington accuses the court of judicial overreach, specifically as it has been constantly ruling against how the US calculates its anti-dumping duties. The court has been citing previous decisions in its rulings, claiming that this case has already been settled. The US disagrees; they do not think WTO rulings should feed into an evolving norm of global governance. There is a general American concern about an international institution interfering with a country’s sovereign right of how to conduct its own trade policy. As former general counsel to the United States Trade Representative (USTR) Stephen Vaughn said after leaving office, giving up that much policy-making power to an unelected international body can create political problems.

On another front, the European Union and the US claim that non-market economies pose a serious threat to the multilateral trading system. This is a thinly veiled reference to China. In 2017, the EU published a report arguing that the Chinese model creates significant market distortions leading to unfair conditions for European companies. The EU and the US argue that the WTO needs a rulebook on how industries can be subsidised, but of course it is difficult to come up with a legal definition for subsidies. China says it is a developing country that should be free to pursue its own economic model. Critiques from the US are viewed skeptically in Beijing, as they think Washington is motivated by a strategy to contain Chinese economic growth.

Paradoxically, the multilateral trading system cannot function in a multipolar world. Economic historian Charles Kindelberger coined the phrase hegemonic stability theory, pointing out stability in the global economic system is underpinned by a powerful state, a hegemon. Historically, economic peace has been kept if a global leader could ensure the provision of global public goods, such as maintaining the safety of trade routes. This was Britain in the 19th century or the US in the latter part of the 20th century. It is no accident that the General Agreement on Trade and Tariffs was created in 1947 and the WTO in 1995. At both times, the US was significantly more powerful than other states on the international stage.

In contrast, when the hegemon’s power declines relative to a rising challenger, the system will become instable. The relationship between the two great powers can become more conflictual, as we see with the US and China. Just in 2019, disputes between the two have spanned from 5G, to trade and the South China Sea. In such a power vacuum, international institutions cannot act as referees to regulate state behavior. This spells trouble for the future of the WTO.

The EU is still hoping to save the multilateral system. This is admirable. But it has to trim its sails – it cannot wait for the winds to change. As French President Emmanuel put it “tragedy had come back on stage… major players in world trade could have an agenda that was more an agenda of political sovereignty”. This game is well understood in Washington DC and Beijing, but Brussels is a relative newcomer. As a product of multilateralism, the EU has always fared better operating through the multilateral system. But if everybody is playing football, it is no use to be good in basketball.