‘America for the Americans’ was the doctrine that pushed Europeans out of Latin America, putting the continent under the United States’ influence back in 1823. Ironically, ‘America First’ might be the doctrine that gives the EU the opportunity to develop closer ties with the region. 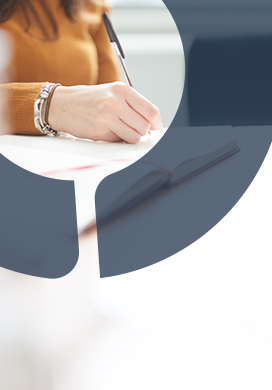 Trump’s election in the US has been a wake-up call for Latin America, forcing the region to stop looking north, and turn east and west for new allies and markets. Until now, China has profiled itself as the best alternative. However, the EU is also an attractive partner in terms of trade and investment, as well as a more reliable ally in the fields of security, governance, research and innovation, education, development, energy and environment.

For the EU, Latin America represents an important emerging market, which has the highest trade growth in the world, and a booming middle class population. While the EU is already Latin America’s top investor and second biggest trading partner, European companies (and citizens) could benefit from easier access to public procurement bids and further investment liberalisation. Moreover, Latin America is an ‘easy region’ for Brussels to prove that it can still conduct a credible and attractive common foreign policy and deliver ambitious trade agreements.

In the last 15 years the EU has negotiated agreements with most countries in the region: a Global Agreement with Mexico, Association Agreements with Chile and Central America (including Costa Rica, El Salvador, Guatemala, Honduras, Nicaragua and Panama), and a Trade Agreement with Peru and Colombia. However, there are pending tasks to unleash the potential of these deals. First of all, the agreements with Mexico and Chile need to be modernised to reflect changes in the global landscape since they were enacted. Second, it’s been almost five years since the signature of the EU-Central American Association Agreement but ratification is still pending – hence so is full implementation. Third, despite recent optimism from the EU, an EU-Mercosur deal remains elusive, with agriculture representing a major obstacle in negotiations.

Beyond economic interests, the EU and Latin America are also facing a historic opportunity to strengthen their political relations, both undergoing deep transformations in which they can play supportive roles. On the EU side, it can put its soft power to work and promote the values that it stands for by helping reforms in Cuba, democratisation in Venezuela, or peacebuilding in Colombia. On the Latin American side, it can serve as example for innovative policies on transitional justice, de-nuclearisation or urban governance, just to give some examples.

Latin America could also benefit enormously from more support for social inclusion, human rights and social cohesion which are crucial to achieving balanced development and mitigating huge social inequalities. Both blocs could also seek better synergies in global governance at a time when the EU seems under internal and external pressure and strong regional voices are much needed to defend human and social development, environmental achievements, free trade and rule-based relations in multilateral fora.

Despite recent cuts in the EU’s development assistance to Latin America, and the risk of further reductions after Brexit, the EU is still the leading donor in the region. Dependence on these funds varies by country and sub-region, however overall EU aid is crucial for local civil society organisations and research institutes to conduct independent activities. It is understandable that the EU’s priority is to take differentiated approaches towards middle-income and least-developed countries, nevertheless international cooperation is still needed to address shortcomings in governance, democracy, human rights and the rule of law, security, and public participation in the region.

The impact of Brexit in Latin America and its relations with the EU is yet to be seen. Amongst many considerations, the region could be fertile ground for the aspirations of ‘Global Britain’, and in the last few months the UK Government has launched a charm offensive. Some experts have even speculated that it might be easier for the UK to strike a trade deal with Mercosur as it faces less agricultural protectionism than the EU. However, the UK is still behind the rest of Europe not only in terms of cultural and social influence, but also in its trade and economic relations with most Latin American countries, so it is unlikely that states or Mercosur would deal a political blow to the EU.

In this changing and challenging context, the relationship between the EU and Latin America could become more balanced and serve as an example of more inclusive and holistic globalisation and of successful strategic cooperation. However, the EU’s priorities remain torn between a frozen TTIP, Asia and a fermenting neighbourhood and it is seems too divided to fill the ‘vacuum’ left by the US. The potential for a sound Latin America policy is there, and the EU knows it could use some success and identity in foreign policy. Now it’s up to political will.