The discussion on essential use is only starting but the wheels are already slowly turning. It would be in everyone’s interest to take it seriously and engage on all possible fronts. 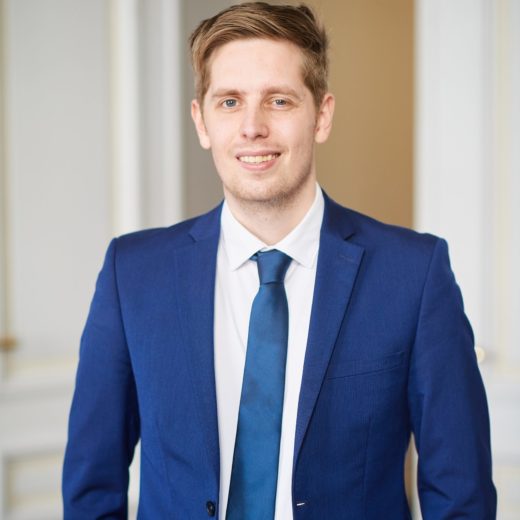 The Chemicals Strategy for Sustainability has thought-provokingly ignited a debate about the role and function of chemical substances in society. A mission by the Commission to define “essential use” illustrates the complexities inherent in this discussion. Essentiality is by far one of the most interesting, and potentially consequential, concepts for the future of chemicals, manufacturing at large and, more philosophically, how we live our lives. How do we decide what is essential? Should it be a political decision, scientific, or a mixed process? What repercussions may result from excluding a particular use of a substance as non-essential? On a technical level, which criteria do we agree upon to judge essentiality for society? These are just a few of the many relevant questions that underscore the complexity of the essentiality debate and the role of chemicals in society more generally.

On a conceptual and practical level, essential use discussions have already taken place through the Competent Authorities for REACH and CLP (CARACAL). As a prominent example, on 7 January 2021, the group launched a consultation on a Commission “thought starter” paper outlining how the essential use concept can be introduced.

This article seeks to contextualise the essential use debate thus far, listing the key aspects that are being discussed and some of the thinking behind the positions of the different stakeholders involved. The introduction of the essential use concept in REACH has the potential to fundamentally change our relationship with chemicals, with everyone in society having a stake in how it is defined and practically applied.

The Montreal Protocol, an international protocol for the protection of the o-zone layer, is mentioned in the action plan of the Chemicals Strategy for Sustainability (read our piece on key items to look out for in the strategy here) and has support among Member States and NGOs as a basis for essential use criteria. The protocol considers the use of a controlled substance “essential” if: (1) it is necessary for health, safety or is critical for the functioning of society; and (2) there are no available technically and economically feasible alternatives or substitutes that are acceptable from the standpoint of environment and health.

Under the protocol only chemicals that present a clear and well-defined unacceptable risk to the environment are covered. However, it is feared that application in the wider context of REACH could inadvertently restrict substances whose uses do not demonstrate a clear risk. There are also concerns that the “functioning of society” is not properly defined which ends up creating regulatory uncertainty. The use of the Montreal Protocol as a reference is thus viewed with real caution by some, who fear overreach that potentially undermines the current process for managing chemicals in the EU.

Initial comments reveal important divergences in positions but there is agreement on certain procedural steps. Industry and Member States broadly agree that a pre-defined list cannot replace case-by-case assessments. Such a list and application, heralded by NGOs, would ensure little room for manoeuvre as non-essential uses would already have been clearly identified. A key argument is that essentiality is a dynamic concept and that we constantly change our perception of it. Who would have thought 15 years ago that the smartphone would become such a critical extension of our life and practically never leave our side? Ultimately this relates back to discussion on whether decisions should be made on a political level. Are politicians able to determine the needs of society now and in the future? Or is a more structured approach required?

The extent to which regulators can implement a “one-size fits all” forms part of a larger “differentiation” discussion. Certain Member States and the industry in general have indicated that the regional/cultural differences within the EU cannot be overlooked in the pursuit of societal essentiality. Reflecting upon whether or not to include such sensitivities in a future concept is expected to remain highly relevant and topical.

This debate on regional differences may also be observed when discussing trade and the obstacles which could result from a unilateral application of essentiality. An argument highlighting the complexity of the concept is that it could create barriers to trade by barring products from other regions defined as non-essential from entering the EU market. It also raises the issue of a competitive disadvantage with third countries when trading internationally.

The novelty of the discussion and the uncertainty of how it would be practically applied has led to discussions of how and if it should be incorporated into the regulatory framework. Voices from industry have noted that the Commission may not have the mandate to integrate the concept into the REACH legislation and that its use for restrictions of substances may slow down the process and/or lead to unjustified bans. This position of incompatibility is partly based on REACH article 68 which requires EU authorities to prove a substance presents an “unacceptable risk” to human health or the environment before restricting. At the end of the day it is important for all actors to have absolute clarity about legal obligations. It would also be critical to avoid a scenario where the concept of essentiality is used as a guiding principle in the application of legislation, as this would render the system highly unpredictable.

The Competent Authorities for REACH and CLP (CARACAL) are continuing the discussion on 3-4 March 2021 and it is likely that it will remain a priority topic at future meetings this year with the Commission aiming to define criteria for essential uses by the end of 2022. In parallel, the European Commission has opened up a call for applicants to join the High-Level Roundtable on the implementation of the Chemicals Strategy for Sustainability, which is likely to include discussions on the concept. The inclusion of the essential use concept into REACH would represent a paradigm shift, not only transforming the way we handle chemicals management but also our perceptions of chemicals in society. Given the important ramifications of this change and the key role chemistry plays in modern society, both now and in meeting the major challenges that lie ahead (e.g, climate neutrality and the digital transformation) we all, regardless of who we are or represent, have a stake in how this important discussion moves forward.