With an eye to 2019, European Parliament elections and the appointment of a new Commission, Jean Claude Juncker set out a series of ideas last week to make EU decision making more efficient and bring it closer to its citizens. From Spitzenkandidaten to a double-hatted Commission and Council President, the proposals were presented as pragmatic options to speed up decision-making and improve the delivery of concrete results for Europe’s citizens. 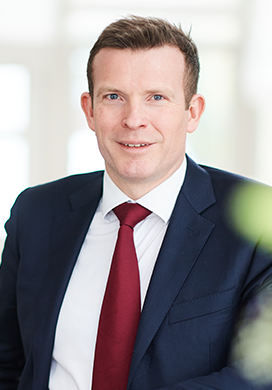 Laudable in intention, each of the options has merit, though some by design e.g. reducing the Commission College size with the result that not every member state is represented, will do nothing to reduce perceptions of an EU democratic deficit. Indeed, taken in isolation the options risk, at best, being seen by many Europeans as further meaningless twiddling of a distant EU policy elite.

Though not entirely surprising, such a response would be unfair of a European Commission that more than ever is aware of the need for it to demonstrate its value-add and has the rights and expectations of European citizens at the heart of its decision-making: whether protecting our data and privacy rights, reducing our smartphone bills or ensuring the safety of our food.

However, one of the major challenges for the next European Commission will be for it to demonstrate that it is acting on behalf of all Europeans. For Europe to succeed, the Commission must ensure equal opportunities and justice regardless of income, gender or nationality.

The prospect of a more socially aware agenda and the wider debate on gender rights will hopefully ensure that the first of these inequalities are addressed in the next Commission term. The notion that some Member States are more equal than others is an institutional problem that is likely to be more difficult to defeat.

A good place to start would be enforcement of EU policy; after all we are all supposed to be equal in the eyes of the law. Unfortunately, this increasingly appears far from the truth and is particularly damaging when some of the most prominent transgressors are our most influential Member States. Case in point Germany, which was called out in a recent Handelsblatt article as the leading breaker of EU rules.

Non-respect of EU law is a problem in any situation and is doubly damaging when it strikes at the heart of where the EU is adding real value and delivering concrete results. This is certainly the case for the Single Market, which has been a cornerstone of the EU’s success, creating opportunities for European businesses and greater choice and lower prices for consumers.

The European Court of Justice and more immediately the next European Commission must be bolder in their role as guardians of EU law and take the fight with all Member States equally, regardless of size or influence. To this end, it was encouraging to see the recent ECJ ruling on the pivotal Raad van de Gemeente Appingedam case, where Member States often held as EU leaders unsuccessfully sought to justify their transgressions by challenging fundamental principles of EU law and cornerstones of our economy.

Such failure to enforce EU law and worse still challenge it out of local, vested interest is not only disingenuous because of the legal uncertainty it creates and related negative impact it has on investment and value creation and choice across the EU at large. It is also extremely short-sighted, as the size and integrity of the Single Market are what gives the EU the soft power to negotiate as a heavyweight on the global stage and export its regulatory systems and standards around the world. As the United Kingdom is currently learning, the Single Market is so much more than a free trade agreement!

It is through a well-functioning Market, operating on a level playing field, that the EU can really deliver against its citizen’s expectations, providing quality and choice of products and services, the standards to protect our planet and the opportunities that underpin European hopes and dreams for the future.